In today’s world of fast-faced communication, tight schedules and even tighter budgets, the thought of making a million dollars now is appealing – especially for kids.  Though your kids may not be able to be a millionaire by age 21, I’ve created five tips that will teach kids how to think like one.  And thinking like a millionaire is the first step toward becoming one.  I’ve broken these tips down and will post one every couple days.

Here’s the first tip on how to think like a millionaire:

#1 Learn how to delay gratification

Self-control is the key to wealth.  The good news for those of us who have kids who were not born with the ability to delay gratification is that self-control can be learned.

In a recent survey by the National Academy of Sciences of more than 1,000 children who were studied from birth to age 32,  researchers found that “the kids who scored the lowest on measures of self-control—those who were more impulsive and easily frustrated and had the most trouble with delaying gratification or waiting their turn in line—were roughly three times as likely by adulthood to report having multiple health problems and addictions, earning less than $20,000 a year, becoming a single parent or committing a crime than kids with the most self-control.”

So, help your child build their self-control muscle by teaching them early to use all four of the choices they have for money.  Save regularly, spend wisely, put the “do” in donate and invest for your future needs and wants.

Teach them to set goals for each choice each and every time they have money in hand.  Over time, it will become ingrained behavior to stop, think and then make a choice before they spend. Ultimately, over time, you will have taught them how to self-regulate by stopping to think in terms of choice and the importance of setting goals for those choices – ultimately slowing down the spend impulse.

Money is abstract and kids needs concrete examples to work with when learning money skills.  Need something concrete to help remind them that they have four money choices?  Try the Money Savvy Pig on for size.  It’s a piggy bank that reminds you that there is more to do with money than just spend it.  Find it at www.msgen.com.

Putting the “Do” into “Donate” this summer 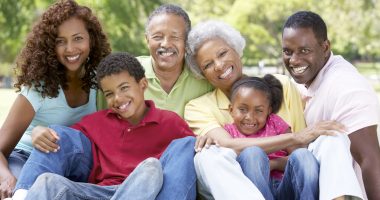 When It Comes to Family Wealth, Silence is Not Golden

« Previous post
5 Things Kids Can Do to Think Like a Millionaire by 21 – Tip #2
Next post »
Could the Answer to the Financial Crisis Be in a 3rd Grade Classroom? (Video)