But now there’s a new form of credit that’s been created by the opportunistic folks at Kwedit, a new payment network targeting the young and the otherwise unbanked, a group that is most likely financially unsophisticated.   This new type of credit is called a “promise to pay” and it allows people to play online games now and pay later, if they can cobble together the necessary funds.  And if they can’t pay, then they can use the Kwedit.com site to “pass the duck” i.e., pass the bill onto parents or others.  And if the parents won’t pay, then there really aren’t any consequences, other than the fact that they take away your Kwedit privileges – eventually.

Teaching youth that one can renege on one’s obligations, financial or otherwise, without consequences is hardly a responsible thing to do.  Our current financial crisis is the perfect example of how many Americans have been there and tried that with disastrous results.  So now that this new form of credit is available to teens through sites like Kwedit.com – then our first line of defense as parents is to bite the bullet and get kids trained on real credit long before they leave home.

Many suggest that 18 is a good age to start.  Others suggest perhaps age 16.  But with the advent of Kwedit and other sites sure to follow on its heels, I suggest we start at age 12 – when most kids are developmentally prepared to understand the concept, are still mostly tied to us physically at the point of sale (internet transactions aside), and are still willing to listen to their parents.

This means that you start to teach your child the basics about money at a young age.  Teach them about the choices they have for money, save, spend, donate and invest and how to set goals for those choices.  Once they are accomplished with cash, head to checking, then debit and then credit.

When introducing credit at age 12, there are some distinct advantages.  Credit is provocative enough of a privilege to warrant their attention and adherence to your rules.  They are not driving, so, many of the transactions will be done with you by their side.

A couple of rules to help get this started:

1.)    Explain what credit means.  You only use the credit card as a convenience.  You only charge items that you already have the cash in hand to use to pay the bill when it is due. Credit can also be used for emergencies – but define “emergencies” as needing to fix a car to get to work to earn money to pay bills.

2.)    Advise them that you have “co-signed” this credit card because they are not allowed to have credit on their own because they do not have income.

3.)    Enforce consequences and teach them that while you are partners on this card, the debt is there’s alone to bear.  Charge them interest and take the card away until they have paid up.

4.)    Review statements every month.  Talk about the purchases and ask them if they see those purchases as a “want” or a “need” and explain that needs come first.

5.)    For the first year, no online purchases or actual purchases without parental approval.

6.)    Let them make mistakes now while they are under your roof and under your control.

I’ve done this successfully with my own kids.  I have partnered with my oldest daughter on a credit card since she was 16.  I would have done it sooner if she had made it through boot camp – cash, checking and debit – sooner.

We just got her a credit card in her own name this year as she now has enough income from her job to qualify.  Interestingly, she wants no part of the card.   I suspect that will change when she heads off to college in the Fall.   And when she finally does take control of the credit card, she will be ready as she is armed with the years of financial education she received from her parents starting in first grade. 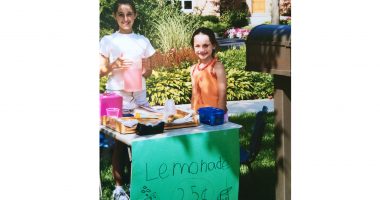 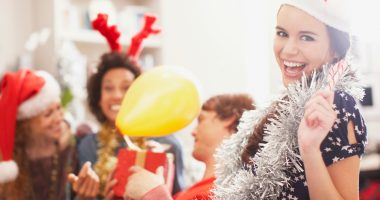