In a recent interview with People magazine, Senator Obama lists “allowance” as one of their families seven “Obama House Rules.” Both daughters receive allowance the traditional way, money for chores, and dad acts as the bank. Due to his intense travel schedule, he admits to not paying on time — but the girls keep track and remind him about what he owes them.

It did my heart good to see, with all the topics this story could cover, there was space to talk about allowance. Clearly, allowance is an important discussion in every family — no matter who they are. Paying on time is a struggle most parents have had to deal with.

But, make no mistake, kids are taking note of the delay.

Concept of Saving for PreSchoolers 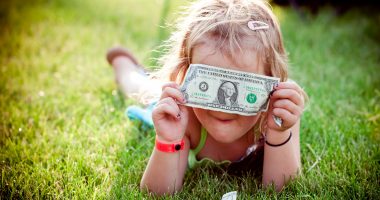 7 Tactics to Help Kids to Be Good at Money |Medium.com

Helping Kids Get Smart About Business

« Previous post
Governor Palin controls spending to create a surplus.
Next post »
Back to school means back to spending