Teach Kids to Pay Themselves First

It is very important for parents to model the kind of money management behavior we want our children to practice. As experienced parents, we already know that as far as our kids are concerned, our talk is cheap. Our kids watch us and get their education from us by observing our behavior. What we do, they will do. OK, not everything right away, but most things eventually. So, to teach our children about how to save money, we need to demonstrate that behavior and save money. As a nation, our track record on that score is not good.

In fact, reports on adult savings behavior are downright scary. In a recent study by the Consumer Federation of America and the Financial Planning Association, one-fifth of Americans said they think winning the lottery represents the most practical way to accumulate several hundred thousand dollars. According to the Commerce Department, the savings rate for all of 2006 was negative one percent. That is the lowest since the Great Depression. That means many people spent more money than they brought home in their paychecks. (Exact figures are not yet available for 2007, but this negative saving rate has continued.)

This kind of behavior is resulting in generations of kids that fail in adult life not because they are not smart enough to get a great job, but because they don’t know how to be smart about the money that job pays them every two weeks. We as their parents can fix that. And its simple.

Every time you get paid, let your kids know that you are taking a portion of that paycheck and putting it into a savings account. Some of that savings may get invested later, but for now, let your children know that after you get paid by your company, you first pay yourself before any money gets spent.

Lots of kids will glaze over during this discussion. Grab their attention back with this exercise:

Agree to record for one week what you (and your child if he’s old enough to spend money without you) spend on a daily basis. Then, at the end of the day, talk about what portion of the money was spent on “I want” vs. “I need.” “I wants” are things such as snack food or a small toy for the kids, coffee out or a snack on the run for parents.

Chances are you will be able to identify $4 each day that was spent on the “I wants.”

In my next post I will show you how important that $4 per day can be when you save it and when it has an opportunity to compound. Albert Einstein called compounding the most powerful force in the universe. 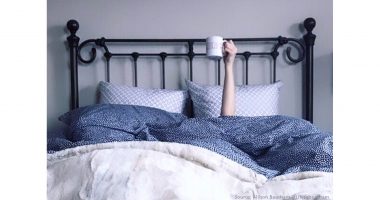 Look in the Mirror (Money Lesson #2)