Teaching Kids to Put the “Do” in Donate

Long before the President called on Americans to give to the people devastated by the underwater earthquake and resulting tsunami back in early 2005, my husband, Michael, called on us. He wanted and needed to do something to help. So, late on the first night of the disaster, Michael started his research online to find what he felt were safe places to donate our money. He found a number of reputable disaster relief agencies known for minimal fundraising and maximum funds making it to relief efforts. We sent our money to these charities.

But Michael did more. He also sent an e-mail to our family and friends urging them to forgo after-Christmas sales and join us in donating to relief efforts.

At dinner, I told our daughters, Amanda and Allison, about what their dad had done. I was proud of him and wanted him to know that I was grateful for what he had done. But what happened next floored me. After hearing what their father had done and what he had asked of our family and friends, both Allison and Amanda said, in unison, “We want to give.” I did not expect this from the girls. Not that my kids don’t donate; they do. Each allowance, they set aside the amount they want to give to the church. But this was different. They wanted in on their dad’s plan because the tsunami had touched them.

My girls are old enough to watch national news with us each night and they saw the faces of the children who had been injured both physically and emotionally and had lost their parents. My kids really understood that other kids were in trouble and my children wanted to help. Yet, instead of saying, “Of course, that’s great!” my first question was, “Do you have any money to give?”

My youngest, Amanda, was pretty tapped out, but she said she would use some of her savings. My oldest, Allison, said she had money. So I asked how much she wanted to give. Again, you could have knocked me over with a feather. Would $50 be enough? Allison asked. This is big money to a 13-year-old and I was impressed.

By re-telling the story of their dads giving, I experienced a life lesson. Children are natural born givers. You just have to help them find a way to do so. This disaster played out in real-time for our kids. It continued to be part of the news and part of our lives for quite some time as the world recovered. While that happened, it offered an important opportunity to help children understand that they can make a difference even as one person or one child.

On the Save the Children website (www.savethechildren.org), Charles MacCormack, president and chief executive officer of the nonprofit child-assistance organization, writes that it is important to encourage children to help support local (or national) charities that assist children in need because it gives children a sense of control, security and empathy.

Teaching Kids They Have Money Choices 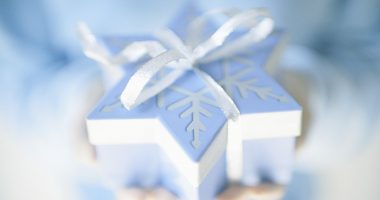 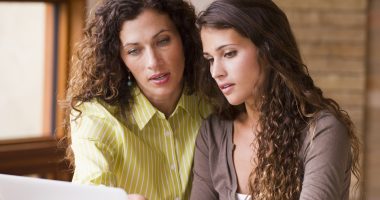