In recent decades, more education has meant higher salaries. But will that be the case going forward? Part of any financial literacy course in high school should look at student debt in relation to the earning power of a chosen field of study.

This is especially true of graduate school, where loans can really pile up. On the surface, the math looks fantastic. Over their lifetime, those who earn a graduate degree, on average, earn $400,000 more than those with no more than an undergraduate degree, according to researchers  Anthony P. Carnevale, Stephen J. Rose and Ban Cheah at Georgetown University Center on Education and the Workforce.

Add findings from the U.S. Bureau of Labor Statistics that show that more education means you’re more likely to stay employed longer, and graduate school starts to look like a no-brainer investment. But dig deeper into the Georgetown report and you see that the career earnings gap narrows for many occupations—as well as for women in some cases.

Meanwhile, it’s worth noting that education has not always delivered significantly higher salaries. The payoff of recent decades may not have staying power. In “The Future of Inequality: The Other Reason Education Matters So Much,” authors Claudia Goldin and Lawrence F. Katz point to a time  when wage equality was the norm:

“As almost every economic policy maker is aware, the gap between the wages of educated and less-educated workers has been growing since the early 1980s, and that change has been both large and pervasive. What’s not widely known, though, is that expanding wage inequality is a relatively new phenomenon. In fact, inequality actually narrowed from around 1910 to the 1950s, and then remained fairly stable until the 1980s.”

The point? Buyer beware. Investing in education is similar to other investments in that past performance is no guarantee of future results. When thinking about a graduate degree, students should not assume they would get a higher paying job and blindly borrow mountains of debt. They should ask these key questions:

Answer the first set of questions by finding the going rate for a job on a site like Payscale. Use this calculator  to estimate future loan repayments. If a dream job will not support loan repayment, a student will have to look for ways to trim the cost.

In our book, “O.M.G. Official Money Guide For College Students”, we talk about how to afford student loans by making the most of grants and scholarships, going to school part-time and working part-time, turning an internship into a paid graduate degree, or taking advantage of a work-sponsored graduate school plan. Only when a student can afford the costs of their education is their dream job really a dream come true. 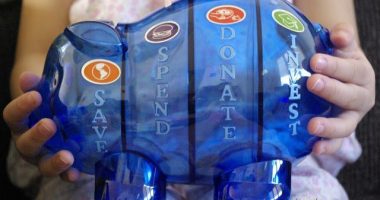 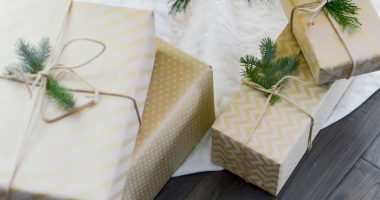 Holiday Expectations – Time to Get “Everything”? – Podcast